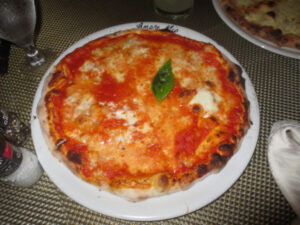 Everyone has their happy place.  For some its high on a mountain watching the sun rise, for others its the beach at sunset. For me, Its Amore Mio in Aruba. And why not? Its in the center of town, close to the beach, there is wine, great food, and the best pizza I’ve ever had. Did I mention its on the island of Aruba in the Dutch Caribbean?

How can it be that the best pizza is not in New York or New Jersey, but Aruba?  Well the answer is fairly simple. The family that owns this block of restaurants (Gianni Group) are from Sicily.  I actually had the pleasure of filming the wedding of one of its members, and then came across this place by accident a few years later while shooting another wedding on the island. 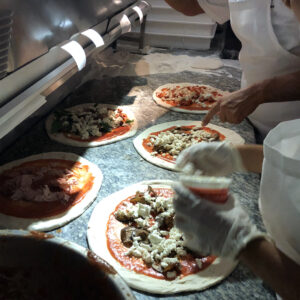 Back to the pizza. Its all phenomenal. I’ve been here many times and it is a must every time I go to Aruba. It never disappoints. And every one is made fresh as they are needed.

It is Neapolitan style (Napoletana), which is a Naples style pizza cooked in a brick oven with San Marzano tomatoes, all fresh ingredients and is light and fluffy with a chewy crust.  It varies a lot from your New York Style thin crust pizza, but this is the type of pizza you will find in Italy.

My favorite is something called the Diavola with Bresaola. It is spicy and the cured meat once crisped up is better than bacon or Taylor Ham (only people from Jersey will understand this). 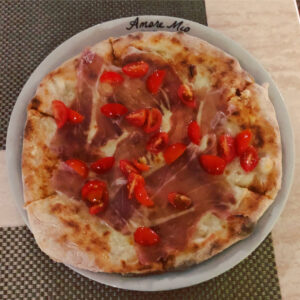 But it does not end with just pizza. There are a number of other appetizers that you can get here to start the meal before trying some of the many varieties of pizza they have. 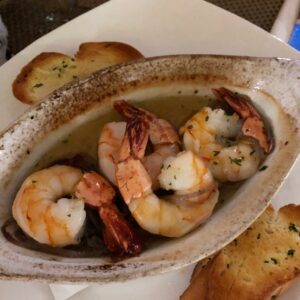 Stuffed Artichokes in the Sicilian style, fried polenta and jumbo shrimp baked in the oven and garlic butter and served with garlic bread. 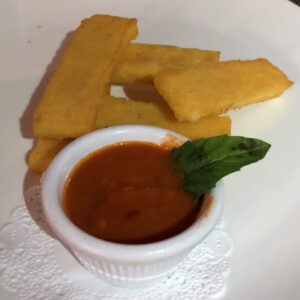 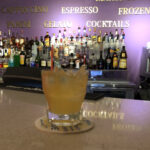 If you have a sweet tooth, Gelatissimo is connected right next door, and has the best gelato you will probably ever have.  They have a bar too if you want something a bit stronger.  Last time I was there, the drinks were half price until 9pm.

It is hard to go hungry or find anything bad on this block, as it is all owned by the same family called The Gianni Group. On the other side, they even have a Chop House and Asian Restaurant.