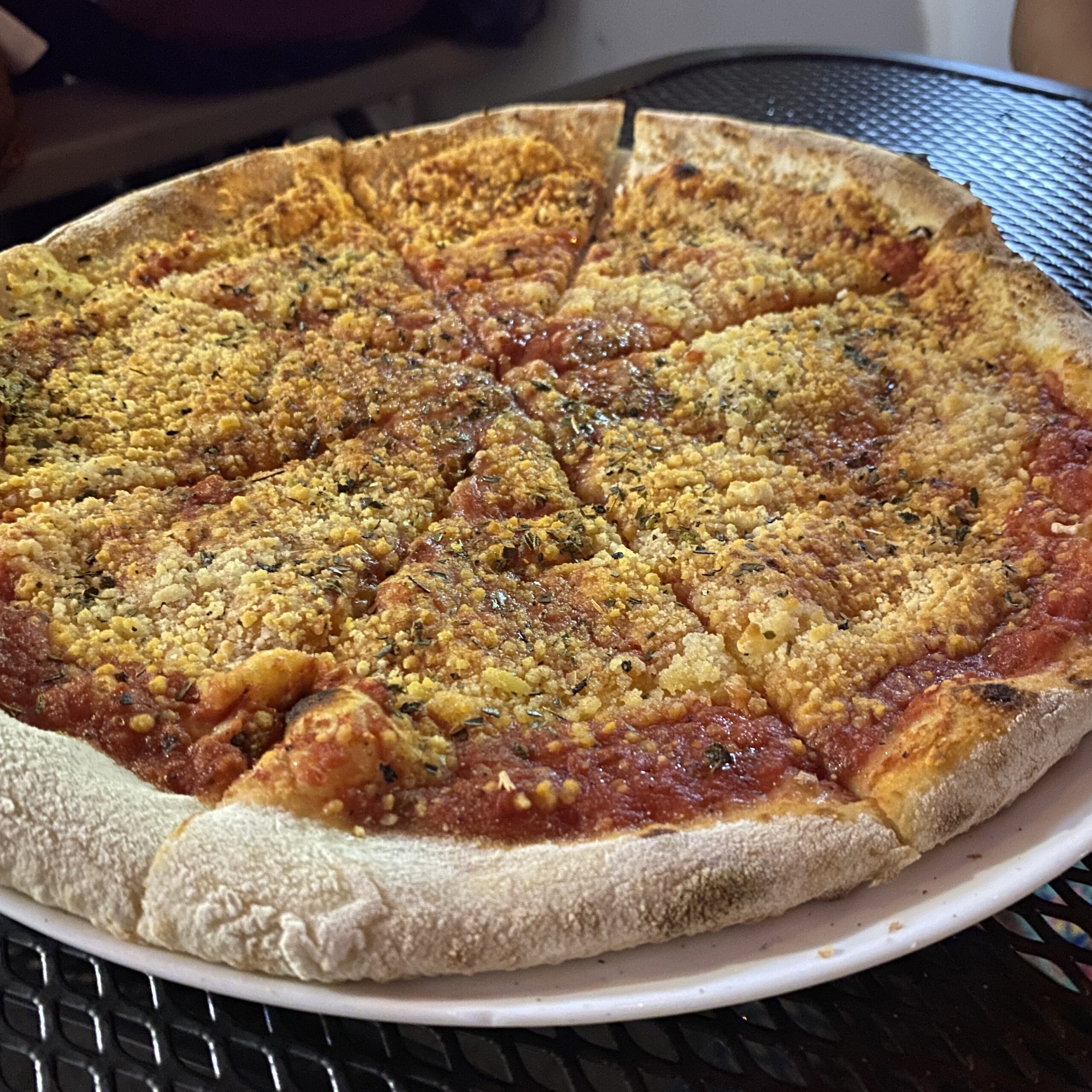 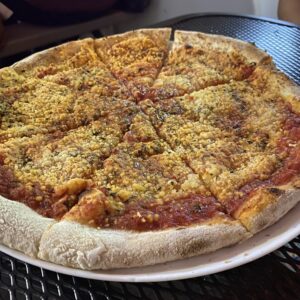 If you can’t tell from the crust that is under cooked or uneven, this was probably one of the biggest disappointments I’ve ever had. Even though my Aunt used to make it like this (grated parmesan, no mozzarella), the sauce and the cheese leaves a lot to be desired.

For those who say “you should have gone to Locale across the street”, well, we tried.  We approached the door and a guy comes into our space and says “hi”. I said hello back.  He then says a little louder “Good Evening” almost in an impatient tone.  Now I am thinking he didn’t hear me say hello, or he is the host. I asks if he works there and he said yes.  How could I have known? He was dressed in beige shorts and a plaid beige shirt and did not have the mannerisms of a host, more of someone that was trying to exit a restaurant after having a couple of drinks and I was in his way.  We asked to sit outside, and he told me he was all filled with reservations for an hour, but he could sit us inside immediately.  My wife didn’t want to sit inside, nor did I, and honestly we were a bit put off.  I didn’t expect a host in a tuxedo, suit, or even anything fancy, but I did expect a more hospitable tone.  Maybe hew knew he had good reviews and didn’t need our business, but at the same time he didn’t deserve ours either.  We moved on regardless of how good the pizza is, or could have been.