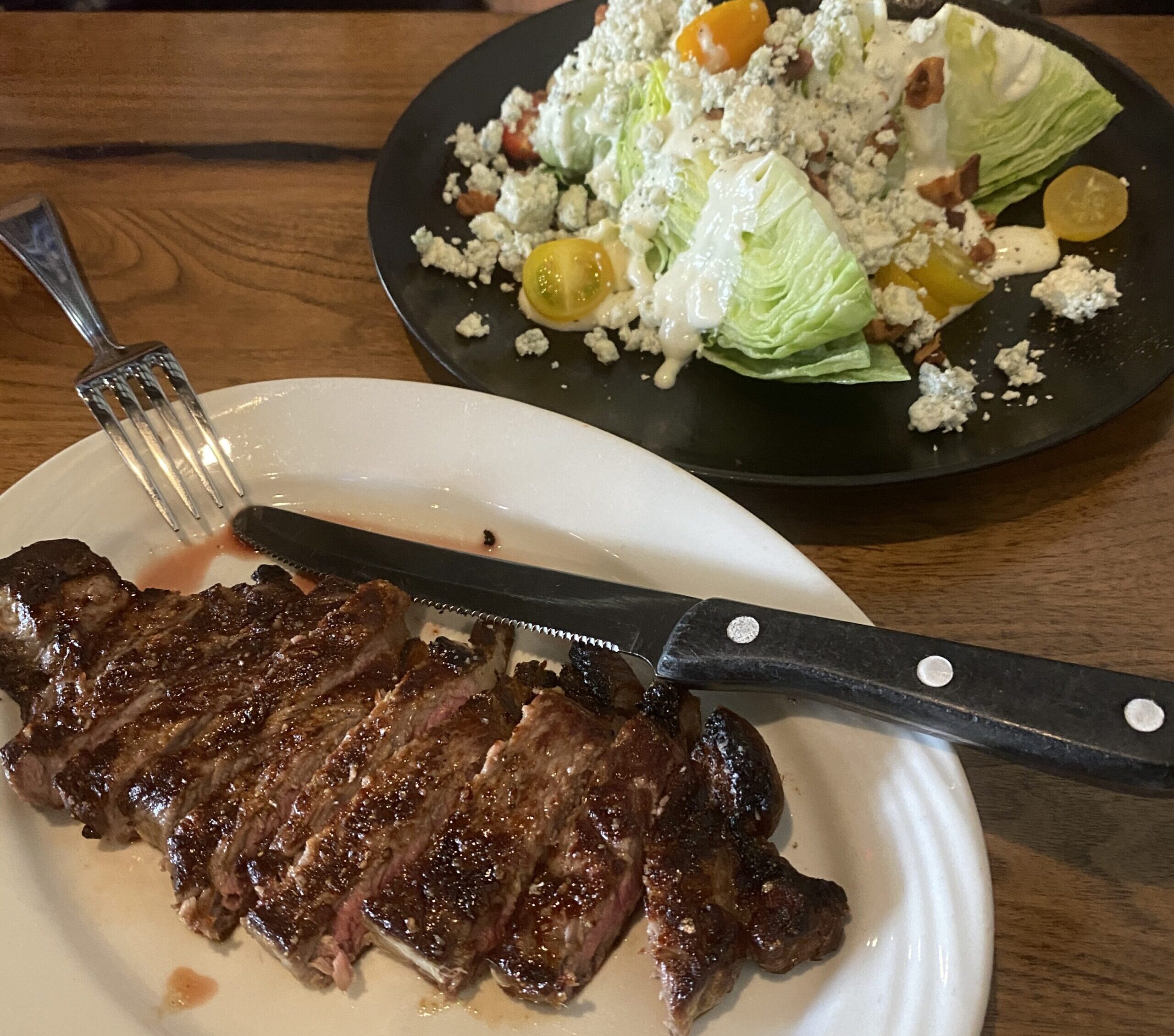 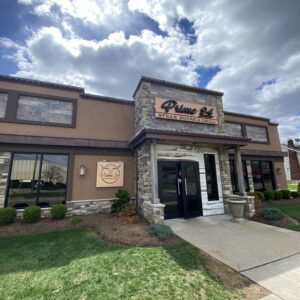 Once on this lot sat a local tavern called Lombardi’s. It had great pizza, burgers, TVs for sports and pretty good food. Often it was hit or miss, but it was never disappointing.

Today it is an “upscale” steak house called Prime 94.  While the steak is fantastic, I am otherwise unimpressed. I know I am in the minority here. The place gets great reviews from my own friends and is highly rated as one of Fairfield’s better restaurants. So, either I am really unlucky or over critical.  I don’t think it is the latter. I also don’t think its unreasonable to not have to ask the waiter 5 times to give us a minute to look over the menu.

Nothing pains me more than for a post entry to seem like a rant. I really just want to talk about the food, the taste, the experience. I truly never want to reflect on all the things that are so bad about the visit.  I can even forgive bad tasting food before I can excuse common sense hospitality protocol.

When I walked in I said table for 3 (one was running late). When the waiter came my friend asked for water. I said no water for me. He brings two menus and two waters.  I gently remind him that we are waiting for another person, so to give us a few minutes, and another menu would not hurt.  A second waiter comes and asks us what we want. I tell him we are still waiting for another person, and a third menu would be great.  Our friend arrives, sits down and the waiter appears again asking us what he wants.  I am now growing impatient, and a lunch should not be stressful, but I ask him, again, a menu please.  “Please, allow us to review the menu before you ask us for the order again”. I am almost begging.  Of course he comes back again what seems like less than a minute later, and this time I just keep my mouth shut since I already think I am starting to come off like a jerk.  I never want to be disrespectful to servers, but its also a two way street. 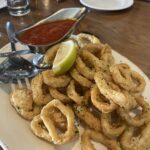 The calamari appetizer was disappointing. I’ve had a lot of bad calamari at wedding buffets. I never seen them this uniform, even and without the tentacles.  They look like onion rings. They were obviously previously frozen and/or formed. They were not bad, but they were not crispy, nor hot, and way over salted.

Now most people are going to say “what kind of idiot orders fish at a steakhouse”? Naturally, you should order whatever the place specializes in.  At the same time, if they can’t make it right, it should not be on the menu. I eat meat all the time, too often. And not by choice either. So when I go out and I want seafood, of any kind, even in a steakhouse, at the very least it should be hot. Not barely warm.  Food  temperature is something that should be a basic given, in spite of how the food actually tastes. 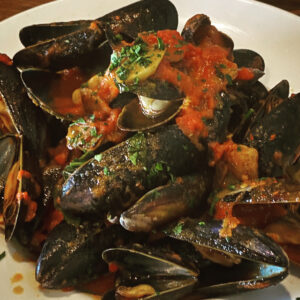 When I ordered the mussels, the waiter asked “red, white or fra diavola”.  I thought for a minute, and asked for Fra Diavola.  It never occurred to me that the mussels were pre-cooked and that they were simply pouring red, white, or hot sauce over them.  I naively assumed that they would be cooked in red, white or hot.  But this was obviously not the case.  The sauce was hot, but the mussels themselves were barely warm.

Bread or bruschetta is typically served with this. It is noted on the menu that they only serve bread upon request, and that is totally fine.  What is not fine, is when the bread comes not warm, but burned (as in black) on one side, and nearly cold and white on the other side.  You can bring toast, you can bring cold bread, but I don’t think that bread burned and hot on one side and cold/white on the other is appetizing.

As mentioned, the steak is fantastic. My friend had no complaints. I tasted a piece and it was spot on. He ordered the wedge salad with strip steak on the side. Wise choice. 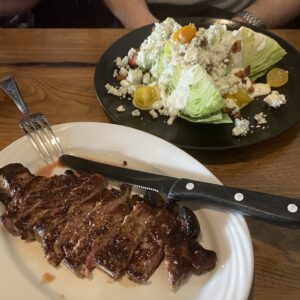 My first visit here when they first opened was not as bad. They made good burgers, tasty appetizers, but they fell short in the cocktail section.  I was hoping that with all the hype they would have improved since then, but honestly, I am not going to spend that kind of money in a place like this. Its not horrible food, but its certainly not worth the price tag attached.

I love food. I love dining. I live for a great meal out. I regret having to point out all the most simple errors that are so easily avoidable and that make the dining experience bleak, such as the food not being served hot, or bread being burned, or an impatient waiter who continues to ask for our order when not all the guests are not seated and/or do not have a menu to look at.