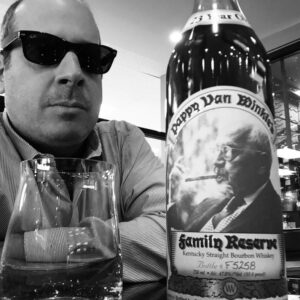 Whiskey is also spelled Whisky in some countries. Both are correct. Whisk(e)y can be Bourbon, Japanese Style, Rye, Scotch, Single Malt, Sour Mash, etc.  Often when people starting to explore the world of Whiskey ask me what is good, what is attainable, what is the best, etc., it is often hard to answer them.  What was affordable and attainable just a year or two ago, is not insanely expensive and hard to find. Weller Antique is a fine example of this. It is produced from the same distillery as Pappy Van Winkle Fame.  It is 107 proof and I don’t think you can find anything in that category for $25. But before you rush out to buy a bottle, you can expect to pay $100+ in 2021.  Why? Because as large number of bourbon fans came on to the scene, they also started to hoard, driving up prices.  Some even use it as side income – buy a bottle for $25, sell it for $100.  Of course it is illegal, but there are not enough ATF agents in the USA to prevent it. The retailers have gotten on to them, and they are angry too, hence the nearly 100% markup to prevent this.

So what you see below is my ranking. I have been fortunate, and I’ve been drinking whiskey for about 10 years now, just as all this madness was starting to happen, so I had tasted all the good stuff when it was still very reasonable.  That being said, there is still plenty of hidden gems out there.

If you have a question about something you do not see here, feel free to visit the @GlencairnClub on Instagram.  Whatever you see there, I have tasted personally.  If you have a question, just message me. I am not a brand ambassador, nor am I paid to promote any of these/those brands listed.

BOURBON: Made mostly of corn, it often has rye mixed in too. By law, it must be made from 51% corn, cut only with Kentucky Limestone water, and only aged in virgin (never before used) American Oak barrels.  What do they do with the barrels after they are used? Sell them to Scotland to age their whisky.

RYE: Rye is a spicier, but sweeter whiskey over bourbon, and as you might imagine, its made from those thin seeds you often see in your rye bread.

SCOTCH: For me, Scotch whisky is a far more complex spirit, because it has less rules than Bourbon, and can be aged in any type of barrel. While it is usually former bourbon barrels (which can only be used once), look for other finishes like Port, Rum, Rye, and one of my favorites is Sherry, which imparts a sweeter “raisin” taste to it.  This is especially helpful if you do not care for the smokey peat taste.